What to Expect from WordPress 5.5

Another WordPress release is on the horizon. It’s the second of its magnitude this year. It includes everything from new features to bug fixes and an improved developer experience.

In this post, we discuss everything you need to know about WordPress 5.5, so you can be prepared for how these changes will your workflow and general User Experience (UX). We talk about when to expect it, the changes it will introduce, and we give you some advice for preparing for the update. We also discuss how these changes may or may not impact Beaver Builder users. Let’s go!

What to Expect from WordPress 5.5 (4 Key Updates)

WordPress 5.5 was recently released on August 11, 2020. Here are some key highlights of the update.

1. Bug Fixes for Widgets and the Block Editor

First on the list of changes is a number of bug fixes. At least 40 bugs have been addressed since the first beta version. These span widgets, build and test tools, bundled themes, the Customizer, plugins, the REST API, and more.

The Block Editor has received fixes for at least 19 bugs. Some broken widget issues (such as Archives) are also resolved.

Additionally, query handling is improved for counting revisions made to pages or posts. This addresses a bug where making multiple revisions to content eventually led to a 500 server error or the White Screen of Death (WSOD).

In addition to bug fixes, WordPress 5.5 introduces several updates and improvements to core features. For example, the Dashicon set has been upgraded.

The WordPress API endpoint is here to stay and that shows in its continual improvements. The coming update includes both new and modified endpoints. Some noteworthy ones include:

The second change is particularly exciting because it enables you to retrieve a list of all the plugins installed on a site, as well as information about specific ones. You can install, uninstall, activate, or deactivate them. Access to these functions depends on user role permissions.

There is updated styling in both the Dashboard and the Block Editor for primary and secondary buttons. Styles for disabled buttons used to be different between color schemes and buttons. This update ensures more consistent visuals.

Another noteworthy change is the default use of lazy loading for images. This technique saves bandwidth by waiting until a user’s browser viewport is at a specific position before rendering images. This means that if a user never scrolls to the point where an image is located, it won’t load. You can customize this feature using various filters.

One particularly welcome feature in WordPress 5.5 is the ability to edit images directly in the Block editor. The new image editor enables the use of several presets for adjusting aspect ratio, zoom level, and position. This is accomplished through the WordPress REST API and the edited image is saved separately as a new attachment (i.e, the original file is not overwritten).

You can build and share predefined block layouts using block patterns. Additionally, auto-updating is available for themes and plugins, although you’ll have to go into your settings to turn this feature on.

In WordPress 5.5, template loading functions allow arguments. Previously, developers had to rely on less-than-ideal workarounds to pass data to template files. With the update, you can pass additional arguments to matched template files using an $args parameter.

A few external libraries bundled with WordPress Core have also been updated. Some of the related improvements include:

There have also been some PHP-related improvements and changes. For example, a new job was added to Core’s Travis-CI builds for automated compatibility scanning.

PHPUnit is now a requirement in the composer.json file. This is to help install Composer, which is a dependency management tool for PHP.

Another update fixes a ticket was opened nine years ago: it includes better control over the redirect_guess_404_permalink() filter. The purpose of this filter is to guess a correct URL to users to when a 404 response comes through. Although this behavior worked well enough for normal users, it didn’t provide developers or plugin authors with control over the guessing logic. The solution is a pre_redirect_guess_404_permalink() filter that you can use to bypass the default logic. You can also control what kind of comparison the filter uses for guessing suggestions.

How to Get Ready for the WordPress 5.5 Update

Having learned about some of the new features and updates that come with WordPress 5.5, you might be interested in trying out the beta version. This can help you start to get a handle on some of the changes and determine if and how they might fit into your existing workflow.

Before you dive into the beta version, consider setting up a staging site on which to test it. That way, if there’s any code in WordPress 5.5 that doesn’t play well with your existing site, you won’t have to worry about it affecting your live pages.

Once you have a safe way to test the update, there are two ways to access it. You can use the WordPress Beta Tester plugin, which is available in the WordPress Plugin Directory, or you can install the beta version manually.

As WordPress is open-source, it relies on volunteers to continue improving it, so you can help out by providing feedback on features and bug fixes. If you find something broken while using the WordPress 5.5 beta version, feel free to open a ticket for it or suggest solutions.

The Impact of the WordPress 5.5 Update on Beaver Builder

As a Beaver Builder user, you likely want to know how this WordPress update affects you.

For example, we mentioned earlier that Dashicons received an upgrade and that new icons have been added. However, this is going to be the final update to this feature because future work on the project will focus on a new icon component used by the Block Editor to support SVG icons. This is to fix the challenge of using normal icon fonts, which are essentially just “sprites” that grow in size with each new addition, even when cached well. On the other hand, using SVG icons, as the Block Editor does, only requires the inclusion of the icon itself.

Another update that affects not just Beaver Builder users but also WordPress users in general is that the new version implements native XML Sitemaps through the addition of a plugin called XML Sitemaps, which is enabled by default.

XML Sitemaps makes the following content more indexable by search engines out of the box:

The robots.txt file exposed by WordPress 5.5 also references the sitemap index. The initial integration of this plugin into WordPress core will fulfill minimum search engine requirements and improve discoverability for WordPress sites.

Of course, you might already be using an SEO plugin that takes care of creating and publishing a sitemap for you. However, as the WordPress community develops this plugin further, some features that are necessary to make your website search engine-ready will be available with WordPress out of the box.

WordPress continues to evolve with the help of developers and users. You’ll want to stay in-the-know about the latest version and what it includes so you can consider how it may affect your workflow.

The upcoming WordPress 5.5 has the following major changes:

What features from the upcoming WordPress 5.5 update are you most excited about? Share them with us in the comments section below!

Will Morris is a staff writer at WordCandy. When he's not writing about WordPress, he likes to gig his stand-up comedy routine on the local circuit. 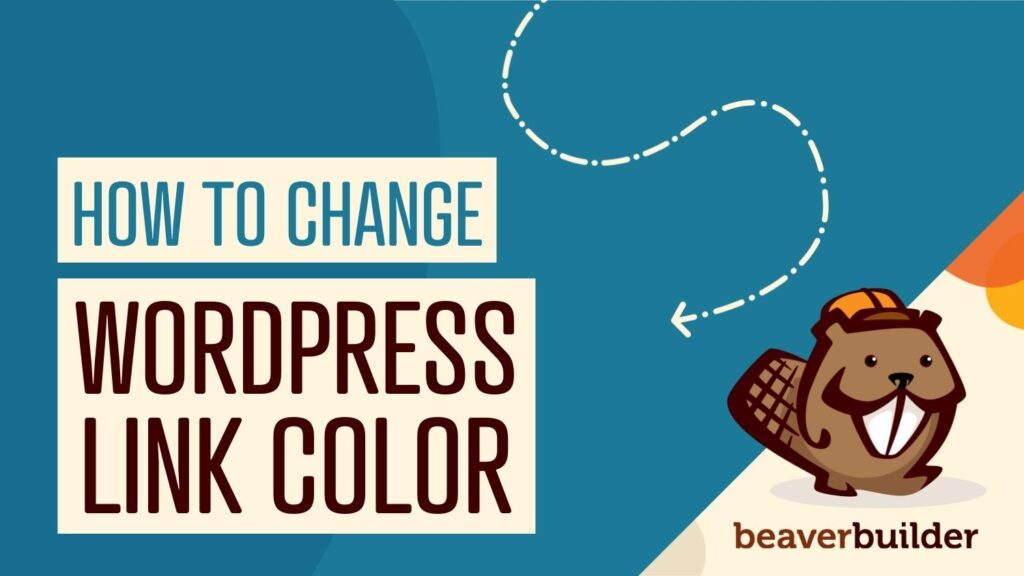 How to Change Link Colors in WordPress (4 Methods)

When you’re designing a website, it’s important to think about its color palette. If you create links with unappealing hues,… 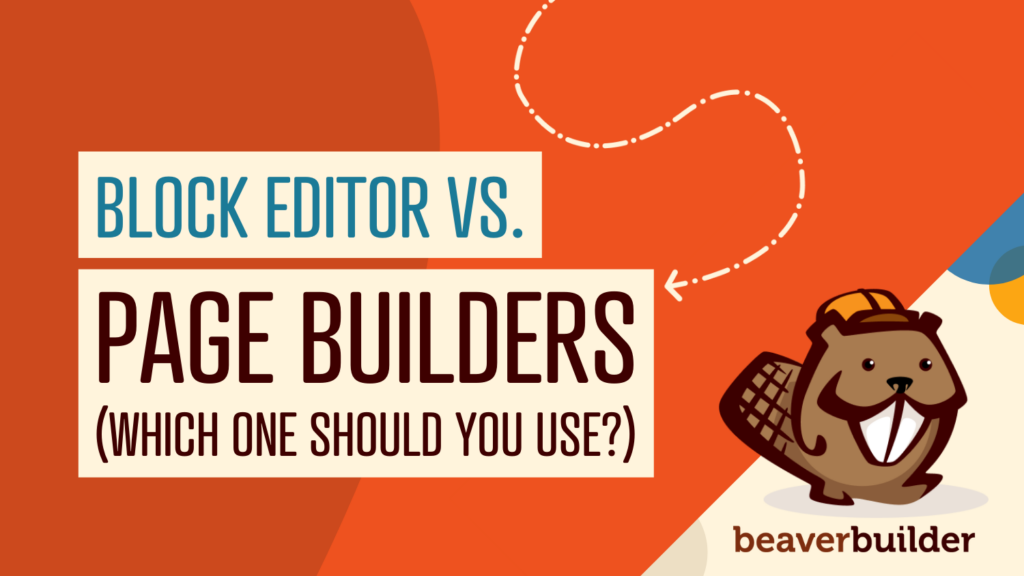 Page Builders vs Block Editor: Which Should You Use for Your WordPress Website?

Are you trying to decide between using Page Builders vs Block Editor? Choosing the best editing software during the website… 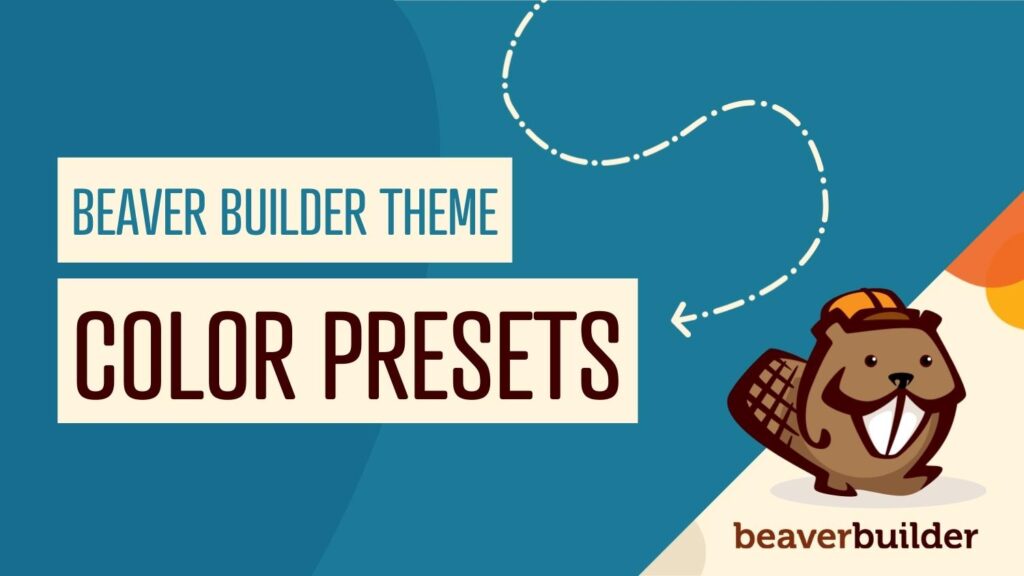 In this article, you will learn how to add color presets to the WordPress customizer. Choosing a solid color scheme…